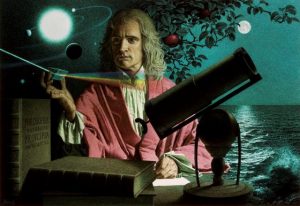 Isaac Newton is known more for his work as a physicist and scientist than his work as a Bible scholar. Isaac Newton in his early years spent much of his time with science and became known for being the one who “discovered” gravity, he wrote a paper called Principia that formulated the laws of Motion and Universal Gravitation. He was also responsible for formulating some of the laws of light and color of light (Optics).

Things You May Not Have Known About Sir Isaac Newton

But what most people don’t know is that he is also an avid Bible Scholar and a Pioneer of Bible Symbolism. In fact, in his years after his 30’s, he lost much of his interest in Physics and Mathematics and devoted much of his time to Studying and Understanding the Bible.

On the Documents Page, I have included a document for download that contains his work on Symbolic meaning in the Bible. Look in “Observations upon the Prophecies of Daniel by Sir Isaac Newton” Chapter 2 – Of the Prophetic Language for the definitions and explanations of Symbols. By providing this document I do not say the what he wrote was 100% correct, I am providing this document for Historical interest, and understanding on how  Bible Symbols has progressed over the years.

For a deeper look into Newton’s life, you can visit Wikipedia – Isaac Newton.

Here is a statement on the Bible with uncommon wisdom by Sir Isaac Newton:

“But through the system of revealed truth which this Book contains is, like that of the universe, concealed from common observation, yet the labors of the centuries have established its Divine origin, and developed in all its order and beauty the great plan of human restoration.”