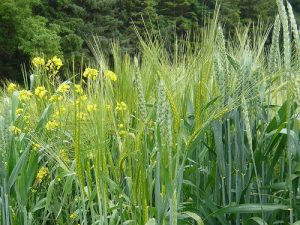 Who will Understand Parables?

The Disciples came to Jesus after he told the parable of the Sower, and asked why He spoke to the people in parables? Jesus’ answer was “It is given to you to know the mysteries of the kingdom of heaven, but to them (the multitudes) it is not given. What this means it that the Disciples were followers of Jesus already, they had given up a lot to follow Jesus full time and they had developed faith in Jesus and his doctrine. The crowds were coming to hear Jesus for various reasons, some for the excitement of it. Some just wanted to see who Jesus was because He was popular and people talked about Him. Others, including the Pharisees, came to see how they could reduce His influence among the people, but there was another class of people that truly wanted to know Jesus’ teachings and have salvation, these were the people that really believed in Him. They were humble seekers of truth. They are the ones Jesus had in mind to understand Parables.

In His answer, Jesus said: Whoever has will be given more, and will have abundantly: but whoever doesn’t have, from them it will be taken away.

What did he mean by this? Jesus was talking about a desire to know and understand parables, and therefore know and understand the word of God. Then Jesus quoted Isaiah 6:9-10 He said they have eyes that can see but they don’t understand, (because they don’t desire to), and they have ears to hear, but they don’t Listen or take Heed. The people’s minds have become lazy, and they have become too lazy to want to figure it out. They are half asleep so they don’t pay attention to what they see or hear, so they can’t understand with their minds and be converted to Christ. Jesus then blesses the Disciples for being interested in spiritual things, because many of the prophets and righteous people longed for the opportunity to have what the Disciples had, Jesus the Christ. (see also John 12:40; Acts 28:26-27; Deuteronomy 29:4; Jeremiah 5:21; Ezekiel 12:2; Romans 11:8; 2 Corinthians 4:4)

The Disciples didn’t Understand parables at first either, but they asked Jesus to explain the parables to them. Jesus had to explain a few to them so that they could see how Jesus interpreted them. They had an interest in spiritual things and Jesus wanted to teach them. The Bible says that Jesus only spoke to the crowds in parables (Matthew 13:34), and said the things that had been kept secret since the beginning of the world. By the word “Secret”, He meant the things that are concealed. Not because Jesus had never communicated these things before. He had, in the scriptures, but in the same way as it is today, most of them did not read or study the scriptures, and the Priests told them that the scriptures were hard to understand, so these things were concealed to them, but Jesus knew the scriptures (Luke 2:47, 52) and the doctrine in them.

Parables are a Method of teaching Doctrine. Parables were the primary method Jesus used to communicate or transmit Truth to the people of His time, and to us today through those same parables in the Bible.

Why we should Study and Understand Parables.

If parables were important to Jesus and He only spoke to the crowds in parables, then we know that there are important doctrinal lessons taught in them. We should desire to search and find the hidden truths that Jesus was trying to convey to the people. He not only wished to convey these truths to the people of His time, He designed then that these truths would be applicable to people of all time, including for the people of our time. Symbols are employed in the parables and those who study the Bible will find and understand the symbols in it and have a greater understanding of the parables and therefore a greater understanding of doctrine and its importance.

Next: How to Interpret Parables